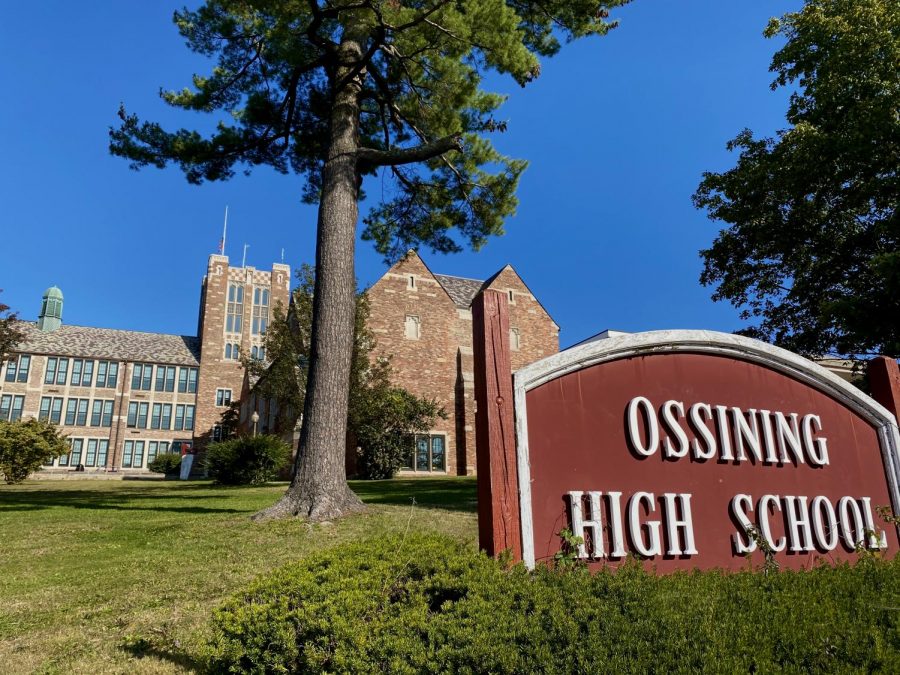 On March 13th, nearly seven months ago, life for the students at Ossining High School took an unexpected turn. The deadly virus, COVID-19, was sweeping the nation: leaving the world in a state of panic, and high school students in a state of social isolation. Before we knew it, face masks became a new addition to our everyday wardrobe, and remaining six feet apart from friends and neighbors became second nature. This “new normal” was hard to accept at first, especially for many high school students. However, as time went on, and safety precautions were followed, schools began to “reopen” but not in the usual way everyone was hoping for. Instead of packed bus rides to school each morning and chatting with friends on the bus, students now sit on buses filled at half occupancy and come into school in small groups. Instead of racing through the school doors before classes begin each day, students now stand outside in lines, six feet apart, waiting for their temperatures to be checked at the doors. Instead of sitting with all of their friends in classes, half of them sit at home, attending classes through their computers. Although normal routines have been swapped out with new safety precautions, some things still remain the same at Ossining High School. The Ossining off campus policy, which allows upperclassmen to go off campus during free periods, has not changed during the pandemic. Now more than ever, upperclassmen are rushing out of school doors as soon as their lunch period comes around. Sophomore Sara Liguoiri says, “I really love going off campus. It’s a change of scenery and it’s nice to get out and walk around outside after being inside and sitting for so long.” Many students, such as Sara, see this opportunity to leave campus as a time to get outside and relax after staying inside all day. Not only is the off campus policy a chance for students to get some fresh air, it’s also giving students who were forced to spend so many months quarantining inside their homes more freedom.

Although the Ossining off campus policy still applies during the pandemic, certain measures are necessary to keep the students safe. Face masks are required when entering any café or food place, and most of the tables in some of the dining areas have been removed to limit the number of people within the area. Yet, despite these changes, students are still eager to leave the building and enjoy this opportunity, a feeling of freedom whenever the chance to get off campus arises.

Ever since the outbreak of COVID-19, everything everywhere is changing. Restaurants, grocery stores, airports, and schools are taking every safety precaution possible in an effort to protect everyone’s health and allow for schools to remain open. Yet, despite all the drastic changes occurring at Ossining High School, many upperclassmen are still able to enjoy the off campus policy, using it as an opportunity to leave school grounds and have a change of scenery. Despite the stressful and uncertain times the pandemic has plunged the world and Ossining community into, some things have remained the same. The familiar rush of exhilaration and feeling of freedom that accompanies going off-campus has not changed and the ability to go off-campus has become a comfort to students who search for normalcy in an otherwise tumultuous school year.