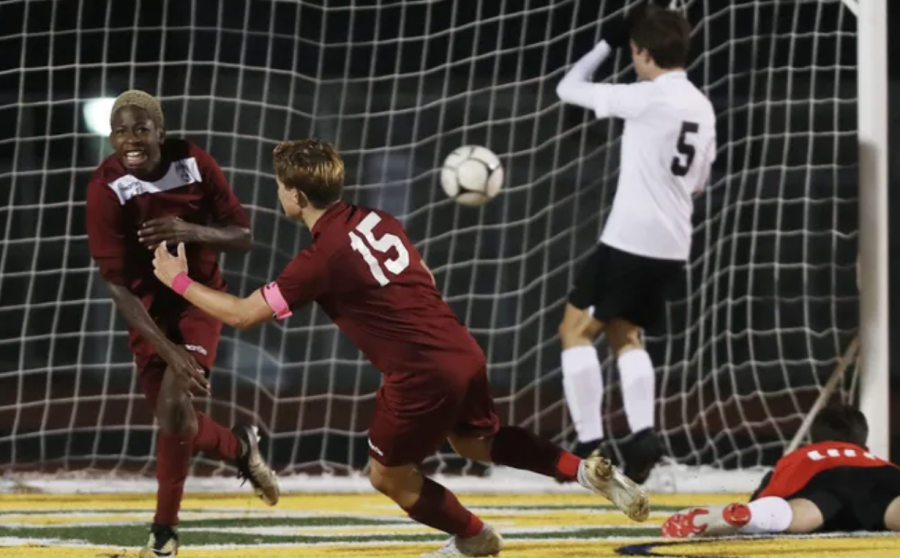 The November Athlete of the Month is Kevon Evans, a senior on the boy’s soccer team and one of the players in Section 1 soccer. In the past two years, Evans has been one of the best players on the team, being a big part of the team’s Section 1 championship last year. This season, Evans was one of the leaders of the team. Only a year ago, Evans was the hero in Ossining’s championship run, as his goal with a minute left in regulation gave Ossining boy’s soccer their first section title in 41 years.This past season, wearing masks while playing was a requirement. Spectators were extremely limited to two people per player, something that would be seen as alien in years past.

When asked about his mindset throughout the season and going forward considering the unprecedented circumstances, Evans stated, “My mindset is to take it game by game because with COVID-19 you never know our season can be shut down in the blink of an eye.”

When asked about his mindset going to their first playoff game vs. Horace Greely, Evans said,  “I think we have to play our game, stay focused and not give up silly mistakes at the back.” Unfortunately, with the shortened season and loss of a great senior class from last year, the O’s were not able to replicate their previous success. Ossining played a great defensive game, and the score was at 0-0 until three minutes into the second overtime. Greely’s Bennett Shropshire scored a goal three minutes into double overtime, effectively ending Ossining’s season.

That doesn’t take anything away from Evan’s great season, highlighted by countless goals, especially the closing weeks of the season that elevated Ossining to the middle of Section 1. Even though Evans and his teammates would have loved to push further into the postseason, there is no doubt that Evans has a bright future ahead of him.