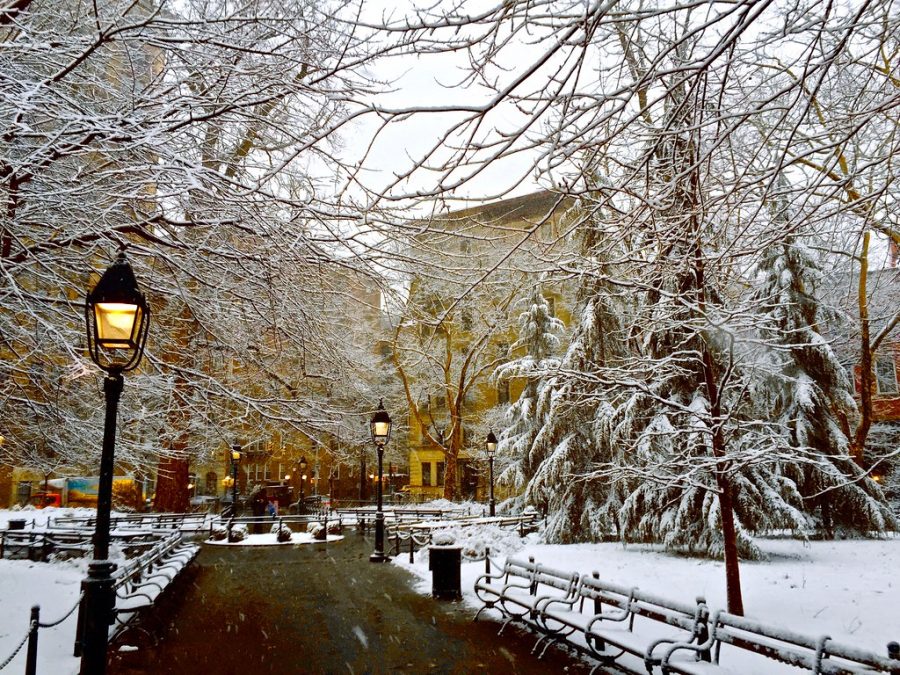 After an unusually warm autumn, the north east finally had a good snowstorm. We had much-needed snow days which allowed us to go outside and play in the snow. At least, that’s what I did. I intend to spend as much time as I can in the snow since we seem to be getting less of it each year. Though the abnormally warm weather could just be a pure coincidence, a much more likely cause is climate change.

Climate is defined as the average weather of an area. When scientists talk about climate change, they are looking at weather data that spans over multiple years. The past decade has broken record temperatures with 2020 tied for the hottest year on record with 2016. In fact, the top six warmest years on record have been the last six years. The story created by analysis of global data is echoed by data on a more niche level in individual states.

According to the Department of Environmental Conservation, New York has experienced an increase in temperatures of 2.4℉ statewide since 1970. In addition, annual precipitation has increased since 1900, with more in the winter and less in the summer. This change in annual precipitation is due in part to the ability of warm air to hold more water. With a warmer climate in New York has also come a shift in the length of seasons. The induction of spring now occurs earlier, with leaves appearing eight days earlier than in the past. Sea levels along the state’s coast have been rising (over a foot since 1900), causing widespread concern, as over half of New York’s population lives on the coastline.

Scientists expect that climate change will cause an increase in the number and severity of hurricanes that hit NY. The number of Atlantic Hurricanes this year broke records. There were thirty named storms, twelve of which made landfall in the United States. When hurricanes have hit New York in the past, low-income families were the most impacted. They did not have the resources to rebuild their communities while many still had to work, even in dangerous circumstances. This trend is not exclusive to New York; climate change will disproportionately impact impoverished communities from across the world.

We have enough concrete evidence to support climate change—it is not a theory. The climate is changing at a much faster rate than it should be. The effects are felt worldwide, yet the United States is still laden in climate denial. Oil companies have poured billions of dollars into denying the science that 97% of scientists agree with. Climate change has been dangerously politicized and has unfortunately become a polarizing issue. Climate action is not a matter of political alignment, but one of life or death. Our future depends on waking up and taking action to save our environment.