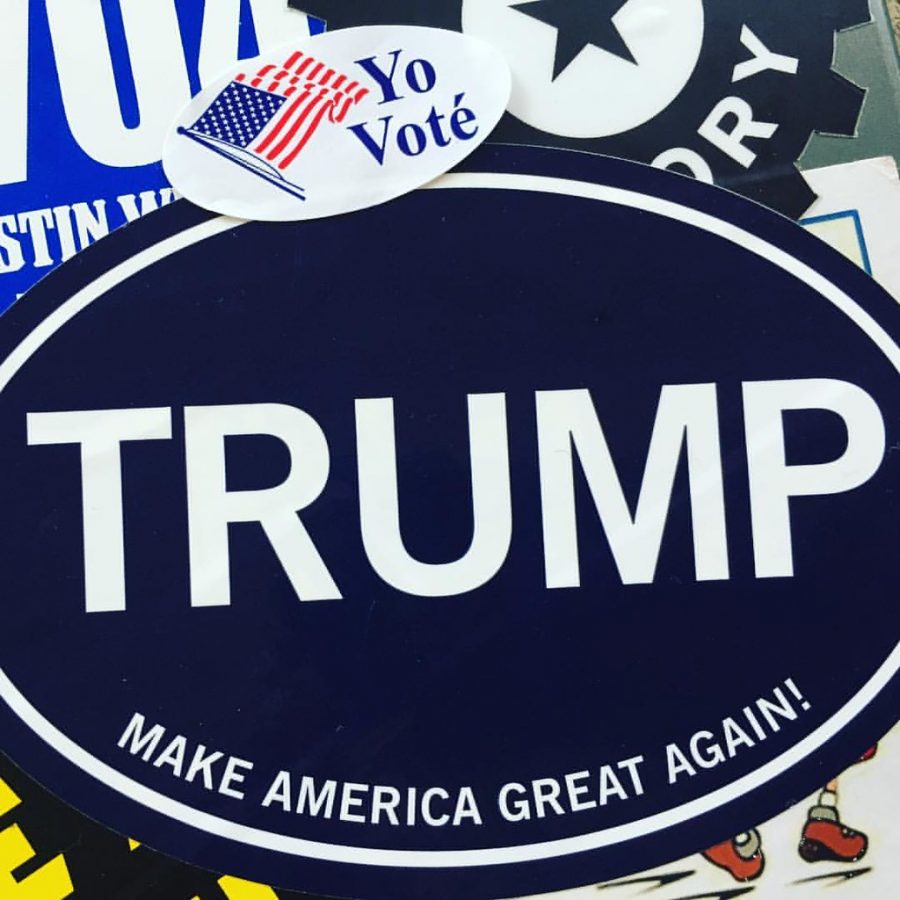 "Soy Latina. Yo voté. 🙋♥️ #vote #election #america #latino #latinosfortrump #trump" by JenTravelsLife is licensed with CC BY 2.0. To view a copy of this license, visit https://creativecommons.org/licenses/by/2.0/

When Joseph R. Biden Jr. was officially declared the winner of the 2020 presidential election, I screamed with joy. I was in the fifth grade when President Donald Trump was elected. As the daughter of Ecuadorian immigrants, I was terrified by Trump’s election. The harm he could do to me and to my family, without even knowing we existed, seemed endless. The world seemed dark and scary in the months after November 2016.

In 2016, Hillary Clinton won 66% of the Latino vote while Donald Trump won 28% of the Latino vote. At the time, this seemed outrageous. How could 28% of Latinos vote for someone who had called them drug dealers, criminals, and rapists? How could they vote for someone who hated women so much? It still seems outrageous. Perhaps even more so, because Trump gained ground on the Latino vote this year, with nearly one-third of Latinos voting for him. This increase is preposterous. Even after everything he’s said and done? After separating children from their parents at the border? After the ICE raids?

This election revealed that Latinos are not a monolithic voting bloc. A Dominican-American in New York is different from a Cuban-American in Miami. A Mexican-American in Arizona has opinions that differ from a Tejano in Texas. All Hispanic, but with different beliefs and experiences that influence their decisions at the ballot box. Many Democrats assumed that Latinos would be one-issue voters, only caring about immigration, and believed that their vote would be cast in favor of Biden by default. It didn’t work out that way.

In Texas, many Tejanos voted for Trump without a second thought. Tejanos have assimilated, having way more in common with a white suburbanite than a Latino immigrant at the border. In Florida, the surge in Cuban-Americans and Venezuelan-Americans in Miami-Dade county who supported President Trump played a crucial role in the President’s victory in the state. While Evangelical Latinos cast their ballot for Trump because of his stance on abortion, the Cubans and Venezuelans cast their ballot for Trump because they were scared by the socialist narrative Trump painted of his opponents. For citizens or descendants of citizens of former Comunist nations Cuba and Venezuela, the fear of living under communist rule is very present. Cubans and Venezuelans soon came to see socialism the way Trump portrayed it–like communism in a costume. Fear-mongering goes a long way and unfortunately, they fell for it. They, like Tejanos, became Latinos for Trump.

While the Latino vote played an integral role in flipping crucial states, these successes cannot be attributed to the Latino vote alone. We owe Black women so much. Eva Longoria came under fire recently when she said, “Latina women were the real heroines here.” The responses to Longoria’s comment were quick and critical. In saying this, Longoria was brushing aside the work of Black voters, especially Black women in Georgia, Wisconsin, and Michigan. Sure, Latinos in all these states turned out in record numbers, but we need to recognize that Black women like Stacey Abrams were the heroes. We Latinos can pat ourselves on the back for Arizona and Nevada, but we should, in no way, take credit for it all.

While Latinos for Trump is a low point in American politics, we are not irredeemable. In these disheartening moments, it is important to remember all of the progress that was made on election day. Many Latinos voted for the first time this year, some of them members of my own family. Latinos in Nevada helped keep the state blue and Latinos in Arizona helped flip the state for Biden. I am proud of them. I am proud of us, the up and coming generation projected to be the most diverse in history.

While Biden won the election, we still have a lot of work to do. In order for our country to heal and function by and for the people, we have to work on gaining back the trust and support of those who voted for President Trump. While we can’t change the actions of those Latinos who voted for President Trump, we can try to understand why they voted for him. Latinos for Trump is disappointing, but it is not the end of our story. Most Latinos voted for Biden. For now, we can sleep easy. We did our part.

Disclaimer: This article draws upon coverage from The New York Times and The Los Angeles Times.