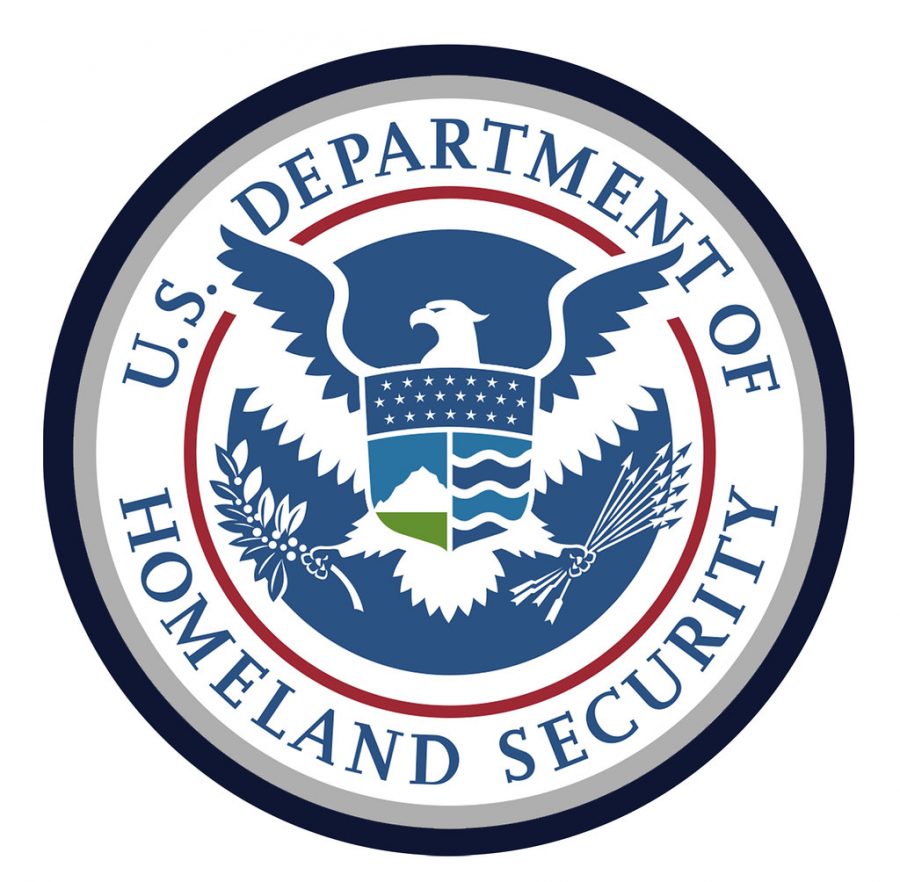 "Department of Homeland Security" by DonkeyHotey is licensed with CC BY 2.0. To view a copy of this license, visit https://creativecommons.org/licenses/by/2.0/

The danger posed by violent white supremacist groups is the gravest and deadliest domestic terrorism threat facing the United States. Releasing its annual report on homeland threat assesment earlier this year, the Department of Homeland Security (DHS) stated that domestic terrorism poses “…the most persistent and lethal threat.” to homeland security. F.B.I director Christopher Wray has repeatedly warned Congress and the Trump administration of this threat and has stated that violent white supremacits and extremists are motivated by President Trump’s rhetoric and pose a greater danger to the American people than Russian or other foreign interference.The DHS’s annual assessment states that violent white supremacy is the “most persistent and lethal threat in the homeland.” The report highlights white supremacy as the most deadly among domestic terrorism as white supremacist extremists have conducted more than half of all lethal attacks (41 of 61) resulting in the majority of deaths (50+). These violent extremists are motivated by far-right ideological causes and their rise in support in recent years has brought more attention to their abhorrent, lethal, and targeted attacks.

The DHS faced scrutiny for its response to increasingly violent domestic extremism during the Trump administration, especially for the delay in their annual assessment— a report delayed in deference to President Trump. As the Trump administration has continually blamed “the left” for anti-government attacks, the first presidential debate made it clear to the public that the DHS was completely at fault for the lack of response to these violent extremist groups. During the first presidential debate, President Donald Trump failed to condemn white supremacy and violence stemming from racism and bigotry. Consequently, the administration’s handling of white supremacy was addressed in the DHS’s annual assessment.  The Homeland Security threat assesment confirms that white supremacist extremists, inspired by President Trump’s inaction and attitude towards extremist groups, are among the chief threats to homeland secuirty. President Trump refusal to disavow or condemn white supremacy has only motivated these violent groups. The danger posed by these groups has only grown over the years and their response to the reignition of social justice movements and demands for political and social reform are proof of that.

Earlier this year, white supremist extremists were inflamed by the reignition of the Black Lives Matter movement in the wake of George Floyd’s murder. In the weeks and months following Flyod’s death, countless Americans took to the streets to protest police brutality and demand reform. While the majority of these protests were peaceful, there were individuals who committed violent acts. An antifa supporter shot a right-wing activist that was part of a pro-Trump caravan and a suspected member of the boogaloo, a right-wing movement, shot and killed a member of the Federal Protective Service during a portest in California. President Trump has repeatedly blamed “the left” for the killings and violent attacks and the DHS’s threat assessment warns of anti-government groups (like antifa) possibly committing violent acts under the pretense of protesting. Contrary to some of President Trump’s statements, it is violent white supremist extremists who pose a threat to national security not “the left,” as these groups account for 67% of all lethal, violent, and racist attacks in the past year. Violent white supremacist groups have not only made it clear that they are averse to addressing America’s racist and bloodied past, but also their disregard for health and public safety. The DHS’s threat assessment report does a good job of addressing this as it discusses the evolving nature of homeland security threats since the start of the pandemic.

In response to the pandemic, many states went under lockdown in the spring of last year. Fueled by President Trump’s rhetoric when talking about the virus and its impact on our nation, many Americans took to the streets to protest lockdowns and mask mandates claiming that these restrictions were infringements on their Constitutional rights. The DHS report states that COVID-19 restrictions could inspire extremist groups. Anti-government and anti-authority violent extremists could be motivated to conduct attacks in response to perceived infringement of liberties and government overreach during the pandemic. These violent extremists will continue their efforts to exploit public fears associated with COVID-19 and social grievances driving lawful protests to incite violence, intimidate targets, and promote extremist ideologies.

White supremacist and anti-government groups are the primary and most dangerous threats to homeland security— this much FBI Director Chris Wray has made very clear. Stating that these groups are responsible for carrying out the most lethal attacks on American soil in recent years, Wray makes a strong case for the need for this issue to be addressed swiftly. The threat domestic terrorism and violent white supremasicts pose to homeland security is growing. The need for forceful condemnation of white supremacist and violent white supremacist groups by the U.S. government and Department of Homeland Security grows by the day.

Disclaimer: This article draws upon coverage from The New York Times.