Nigeria, SARS, and the #EndSARS Movement 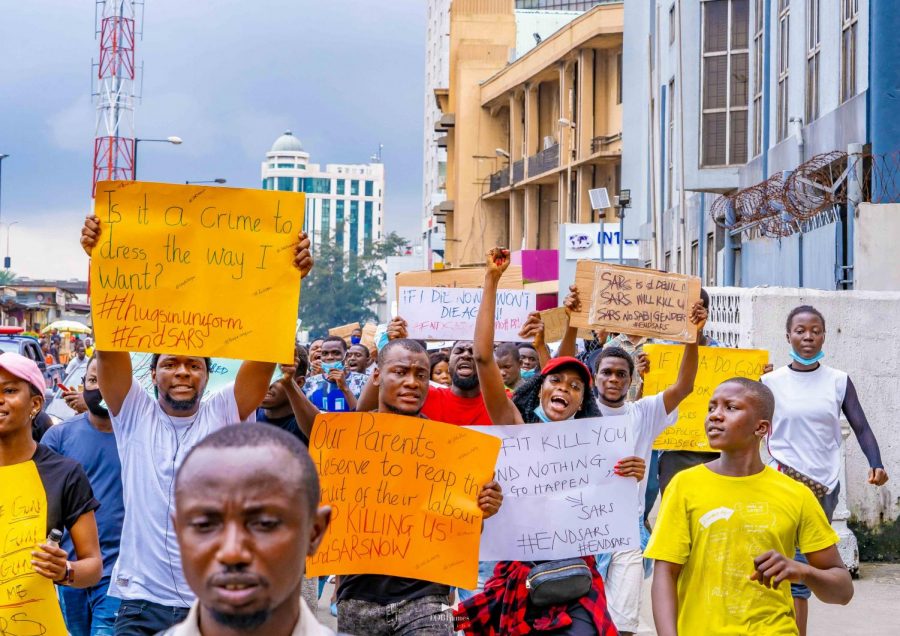 The Special Anti-Robbery Squad, commonly referred to as SARS, was founded in Nigeria in 1992 to combat robbery, kidnappings, and other serious crimes. Before its establishment, crimes of such nature were handled by the Nigerian Police Force until the Nigerian civil war in 1970. After the civil war, there was a rise in violent crimes. Therefore, special units were formed, and robbery was made a capital offense. Originally, SARS only operated in Nigeria’s capital city of Lagos, but by 2002 their reach had spread to all 36 states in the Nigerian federation. This led SARS to move away from their main responsibilities of the investigation and prosecution of suspected murderers, kidnappers, and other violent criminals and transition to more covert operations. SARS began to set up roadblocks, extort money from citizens, and detain young men on the suspicion of cybercrime with their only evidence being the young men’s possession of cell phones, laptops, and other smart devices.

On October 3, 2020, a video of SARS officers killing an unarmed young man sparked outrage, and protests eupted in the streets of Nigeria. Although there have been protests in the country regarding SARS’s unlawful actions in the past, this killing led to a larger support of the #ENDSARS movement. With SARS officials claiming that the video was fake and arresting the person who took the video, public outrage and global attention only grew. The #ENDSARS movement quickly gained support on social media and the public outcry was soon large enough for the police force to respond.

On October 11, the police force announced that they had dissolved SARS and fired two officers. The Nigerian President Muhammud Buhari also promised to reform the national law system as whole and pleaded with citizens to be patient. Protesters, however, didn’t buy it, as the government has previously failed to make reforms after making such promises to their citizens. On October 20,  the power was cut from all of the streetlights on Lekki Toll Plaza in Lagos, and the security force opened fire on a crowd of protesters. Data collected by the Amnesty International group revealed that ten people died and a hundred people were injured in the shooting. The Nigerian army denied being involved with what is now being called the Lekki Massacre on social media. When protesters returned to the streets, they encountered riot officers, who were equipped with tear gas. Six more protesters died from gunshot wounds at the hospital. Although protestors and activists around the world have fought to end police brutality in Nigeria no significant changes have occurred.

Disclaimer: Information from The New York Times, Aljazeera, BBC News, and The Washington Post was used to help write this article.