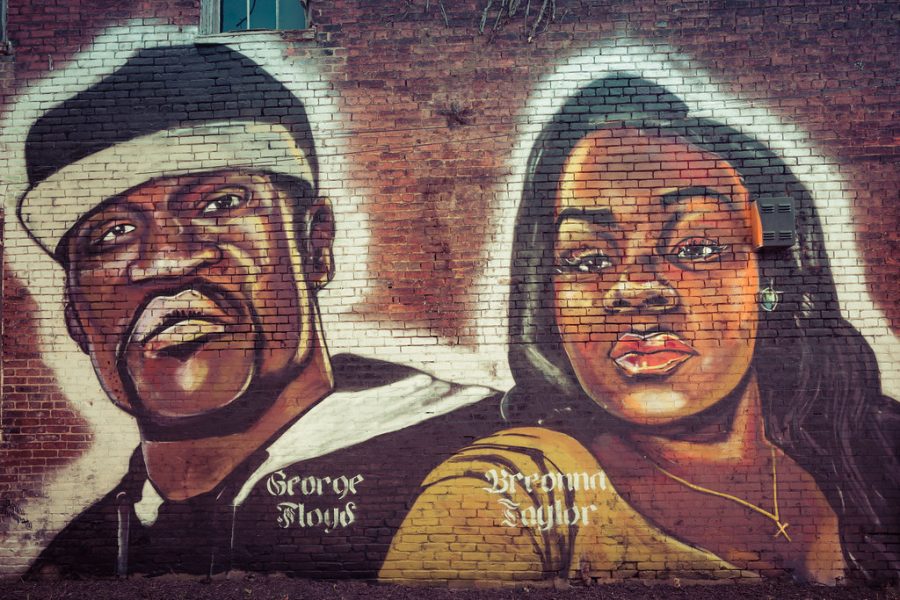 On March 13th, 2020, Breonna Taylor, a black emergency room technician, was murdered by three policemen: Sgt. Jonathan Mattingly, Detective Myles Cosgrove, and Detective Brett Hankison. Police raided her apartment on a no-knock search warrant, which was changed into a knock-warrant last minute. The warrant was in relation to a suspect who did not live there, and the cash and drugs believed to be held in her home were not discovered. The suspect, Taylor’s ex-boyfriend, Jamarcus Glover, had been apprehended by the police earlier that day while in possession of drugs. Taylor’s boyfriend, Kenneth Walker, remembers the evening of March 13th vividly. Walker remembers that there was loud banging and people, who they would learn were police officers, proceeded to barge into their house. In response to their invasion, Walker drew his weapon and shot at the police officers once, believing they were intruders as the officers were dressed in plainclothes. The police responded by firing more than twenty five shots. Five of their shots hit Taylor. Although the officers believed their response was justified; they shot into a window and door covered in blinds, which violates the law which requires police officers to have a line of sight. The pain of that night was further exacerbated by the inaction of the police officers after Taylor was shot. According to the Louisville Metro Police Department (LMPD) report “The Defendant officers had an ambulance staged around the corner from Taylor’s residence, yet did not defer to the LMPD SWAT unit for execution of the warrant.” Many believe that Taylor would still be alive had the police officers followed department protocol that evening.

In accordance with department protocol, an ambulance was on standby in case people were injured in the process of executing the warrant. However, about an hour before executing the warrant, the ambulance on standby was ordered to leave. Furthermore, a hospital route was failed to be created, in flagrant violation of department protocol. After Taylor was shot, the police neglected to send for emergency medical services because they knew it would implicate them in a crime. It took 20 minutes for Taylor to receive medical attention after being shot. Taylor’s boyfriend, Walker, was arrested for shooting at a police officer and charged with attempted murder. The charges against Walker were soon dropped. There were many inconsistencies in the LMPD report about that night and appeared to make the officers in question look innocent. In the LMPD report of the evening, the officers stated that they “found a woman dead from gunfire” and would falsely claim for months that Taylor had shot at them. Other statements released from the department made it seem as if Walker was the suspect, despite having no prior history of drug use. The case isn’t surprising given the officers’ history; two out of three of the officers have been previously charged with excessive force, violence on and off the job, and corruption, revealing the persistent indifference to officers’ actions and the disorganization of the Louisville police department.

In the weeks following Taylor’s murder, protests erupted in Lousiville and would spread across the country, fueled by discussions on social media platforms in June— nearly three months after her death. The hashtag #Sayhername soon began being used on social media, raising awareness about the countless other black women who have been victims of police brutality. In response to the protests, the Louisville police department responded with a show of force toward the protestors. Kentucky soon implemented a curfew and began arresting protestors daily. In a show of support for the actions taken by police departments, Kentucky’s attorney general, Daniel Cameron, condemned the protests, and declared that these feelings were shared among many residents of the state.

When a grand jury investigation was finally launched to investigate the case and the officers involved, the proceedings of the case offered few people a sense of justice. Although footage from the body cams of the LMPD officers that shows the officers arriving at the location, officers firing shots into Taylor’s house, the direction of the shot, the officer shot, and the location of Walker is available, the footage needed to accurately determine if the officers announced themselves before they entered Taylor’s house (as they claim they did), isn’t available. Furthermore, the jurors were not provided with diagrams of the scene. Kentucky’s Attorney General did not allow statements and evidence to be released to the public despite the request of a juror. The juror stated that they had very few options when it came to charging the police officers. When the jurors asked the prosecutors about additional charges, they were brushed off and not given time to deliberate them. The six month investigation culminated in an indictment for one of the three police officers, Brett Hankison, on wanton endangerment, saying that the shots fired could have killed Taylor’s neighbors. Mr. Hankison was fired while Mr. Mattingly and Mr. Cosgrove were put on administrative reassignment. A settlement of twelve million dollars was provided to Taylor’s family by the city of Louisville for her wrongful death. Civil rights activists have said that the actions taken by the police department, Detective Cosgrove, and the justice system not only proved their indifference to the life of Breonna Taylor, but also to the lives of all black women.

While the case shed light on the need for police reform and addressing the racism entrenched in the country, it also shed light on the disparity between the response to the loss of black men’s lives to black women’s lives. Taylor’s case was delayed in response to the murders of George Floyd and Ahmaud Arberry, and many activists on social media have been vocal in their belief that had Taylor lived in a different area or was a different race, her case would not have been put on the back burner. Activists have argued that cases like Breonna Taylor’s demonstrate how much America is in need of a uniform justice system that works for all races, classes, and genders.

Disclaimer: This article pulls upon coverage from The Washington Post, The Associated Press, The New York Times, The New Yorker, ABC News, and records from Louisville Metro PD.