The Struggle for LGBTQ Rights in Poland Continues 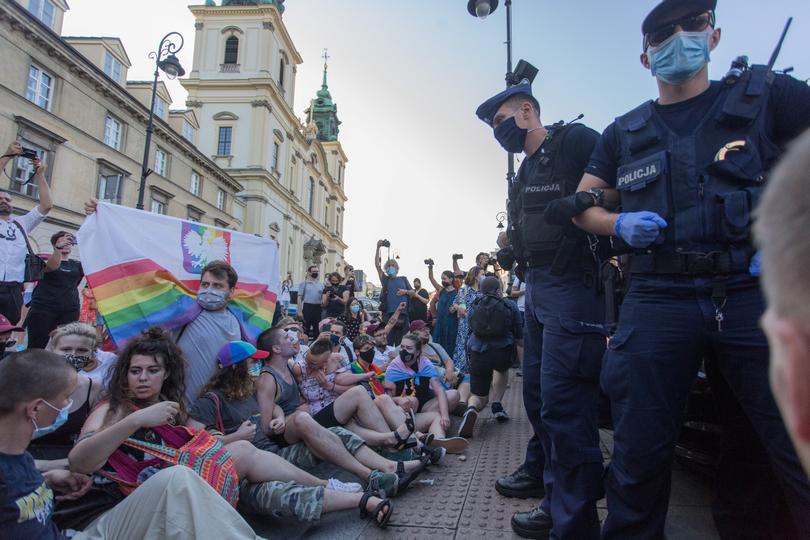 WARSAW, POLAND– When a right-wing populist party won the right to govern Poland five years ago, members of the LGBTQ community in Poland feared for their future. Individuals such as Piotr Grabarczyk dreaded what was to come, but ultimately decided to stay in hopes of enacting change in Polish society.

Many, however, soon lost what little hope they had held onto when President Andrzej Duda, who campaigned for reelection on an anti-LGBTQ platform, won a second five-year term in July. Duda has described the LGBTQ rights movement as a dangerous “ideology,” and has attempted to hinder the movement on numerous occasions. During the months leading up to the election, Duda formally proposed a constitutional amendment that would prevent gay couples from adopting children and called the ideology of the entire movement worse than communism. Not only was blatant homophobia present within the Polish government, but the LGBTQ community has also faced severe backlash from Roman Catholic Church, which retains much of its pre-modern influence in Poland.

Grabarczyk, who intended to stay in Poland along with many other members of the LGBTQ community, mistakenly believed that Polish society was becoming more progressive and that the legal right to marry or form civil unions would soon be enacted. Grabarczyk emigrated soon after the reelection of President Duda. Rather than leaving to find higher paying jobs, which was the motivation for previous waves of resettlement in Poland, members of the LGBTQ community left home in the hopes of moving to a society that would respect them for who they are. Others, however, decided to stay in Poland, some by choice and others by force. Many individuals in rural areas did not have the means to emigrate from Poland and had no choice but to stay. Of those who stayed, many vowed to continue advocating for LGBTQ rights. Activists, however, risked being imprisoned for continuing to speak out, and three LGBTQ rights advocates were arrested the week of August 6th.

LGBTQ rights protests have taken on many forms in Poland. While many gather in large demonstrations, other campaigns have placed rainbow flags on significant monuments in opposition to President Duda’s anti-LGBTQ rhetoric. In the wake of the detainment of activist Margot Szutowicz, who was accused of damaging a truck that promoted anti-LGBTQ propaganda, hundreds of LGBTQ activists gathered in protest outside the Warsaw office of an LGBTQ rights group on August 7th. Szutowicz’s arrest was also linked to a group of activists who defaced a truck that was covered with and projected LGBTQ slurs from a loudspeaker. Police forcefully entered Szutowicz’s apartment on July 14th and arrested her while shouting homophobic slurs. When questioned at the police station that night, Szutowicz and her prosecutor requested a three month pretrial detention, but the district court denied the request and released Szutowicz.

Disclaimer: Article pulls upon coverage from The Los Angeles Times