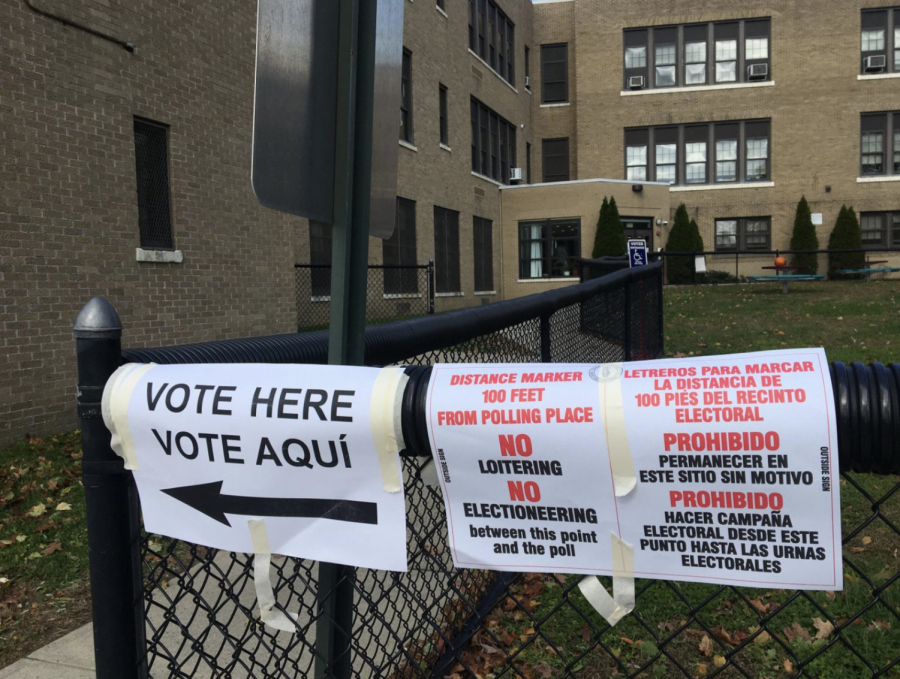 As this day of uncertainty began, my mind raced to understand all of the possible scenarios that could play out during the coming week. Sitting through hours of virtual class periods faded into the background as my hopes and worries took hold. As bounds of information continued to fill news feeds and deafening anticipation flooded my surroundings, it became hard to sit still in the middle of the chaos. The sinking pit in my stomach fell deeper with each mention of this day’s significance, as I remembered, “Oh God, it’s Election Day.” As the clock inched towards 1:15, I stopped my schoolwork to look toward the sky, pleading to an unknown being for good news. Despite a trace of hope, my young voice felt powerless in a sea of divided, voting-age Americans. I was looking from the outside-in, and my frustration began to bubble.

After virtual classes ended, I was eager to get a feel for the November 3rd excitement. In the crisp air of autumn, my friends and I sat outside of the Brookside Elementary School polling location, campaigning for a local candidate. A slow but constant trickle of voters streamed through the doors, and from 100 feet away, we spoke to voters. Despite the mostly polite responses, a few bad apples held the most weight. One man claimed the legal distance to maintain while electioneering near a polling place was 200 feet, despite the listing of 100 on a nearby sign. Another complained that our presence was based on a legal “loophole”.  This was discouraging and frustrating, and my desire to fill in a ballot grew.

I continued to question this, and didn’t find a satisfactory answer, but our efforts in doing what we could made up for it. With every nod or thumbs-up, I felt a sense of purpose. I couldn’t vote, but my voice had the power to encourage others to do so. As we stood alone in the parking lot against the November breeze, I finally felt like I was doing something.

It got darker and colder, and the flow of voters slimmed down. Slow and unofficial polls started to appear on news feeds, and the excitement became more real. We found ourselves checking every hour, trying to keep up with any new information. As the night came to an end, there was nothing to do but wait.

Waking up on November 4th left more to be desired. While I felt hopeful, it was hard not to stare at the polls every second of the day. Classes became a second thought as I stared at the open tab on my computer, showing the AP’s analysis of early vote tallies. As the next days passed on, this feeling stayed with me. Slowly but surely, more electoral votes moved to Biden’s side of the meter, and the waiting game felt endless. Thursday felt promising, and Friday dragged on. Biden’s number grew, from the early 200’s, to the 230’s, to the 260’s, and my heart pounded faster. November 5th felt like the day, but it came and went. Trump’s lawsuit tirade grew in absurdity, and the end result was becoming clear. The air seemed to change–worry turned to eagerness, dread to hope. By Saturday morning, I felt like a weight had lifted.

As I got ready for the day, it slipped my mind to check the polls. I heard a muffled yell from my dad downstairs, and opened my bedroom door to ask him to repeat himself.

I rushed down the stairs into the kitchen and saw the enlightened look on my dad’s face. It hadn’t hit me yet. It didn’t feel official. My mom walked inside, and we clicked on the news.

It was real. I heard weeping in the back of the room, as my mom had begun to cry tears of joy: “We have a female of color in office!” My dad joined in with the tears. It was over. I felt tears fall down my face.

Finally, the possibility of experiencing a normal American administration became a reality. As a member of Gen Z, the 2016 election was the first moment in political history that I could truly grasp, making Trump’s presidency the model for what is to come. This is frustrating, as forming a well-rounded understanding of American democracy feels as if it was taken away. However, the unique perspective that the young people of today hold will be the tool for systemic change in the United States, and the American public will (hopefully) use it to raise the bar for the future integrity of modern democracy.