The Electoral College: What It Is And Why We Use It 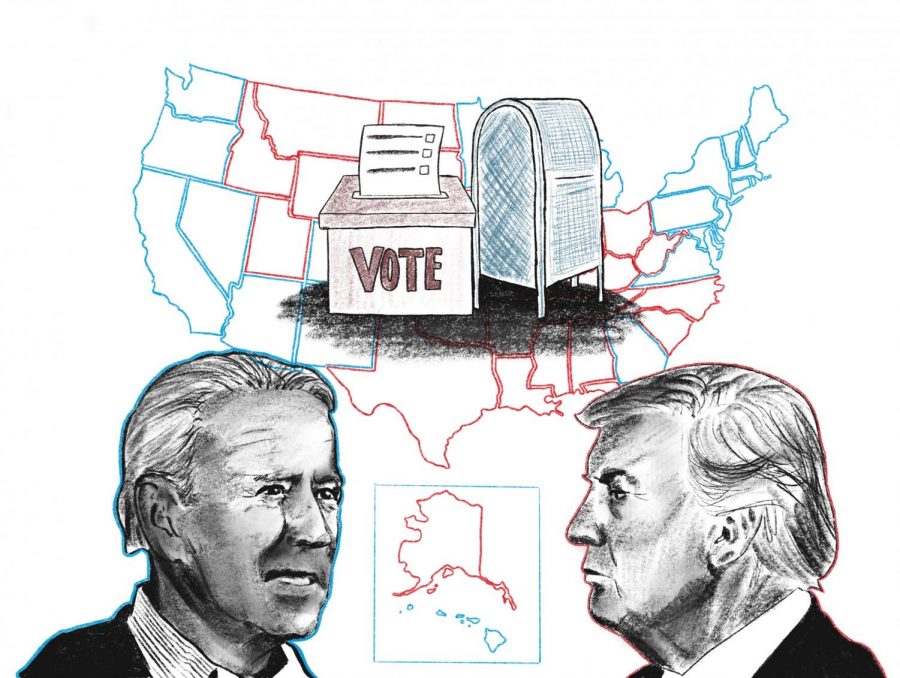 To win the United States presidential election, a candidate must win a minimum of 270 electoral votes. This system is still widely misunderstood by the American public, as it differs from all other popular vote elections. Why is the presidential process unique? The Electoral College was originally formed to keep powerful groups and political parties from developing. Ways of life across the United States vary dramatically, and the Electoral College keeps larger populated areas from overpowering areas with smaller populations and different needs.

How the Electoral College Works
Each state’s amount of electoral vote mirrors their number of senators and representatives.. There are currently 538 electoral votes, with a minimum of 270 needed to win the majority. These numbers have varied throughout history, and will most likely continue to change to reflect census results. Most states have a winner-takes-all policy, excluding Maine and Nebraska. The winner of the popular vote in these states receives all of the electoral votes.

Electoral votes are cast by representatives called electors, chosen by the state’s political parties before the election. Electors are expected to be loyal to their candidate, so they tend to be leaders or donors to their respective party. Those who vote against their party are deemed “faithless electors,” but loyalty is not required in all states. However, some do enforce penalties for those who break their pledge.

History of the Electoral College
At the Constitutional Convention in 1787, the Electoral College was added to the United States Constitution. Delegates at the convention were split between electing the president through Congress or the popular vote, which prompted the system’s creation. Giving Congress power over presidential decisions would cause an upset in the balance between different branches of government, while a direct popular vote would have given power to voters who knew very little about politicians outside of their region. Upper-class delegates were afraid of lower-class people gaining too much influence, leading to the rejection of the use of a popular vote. The Electoral College was then ratified by the 12th amendment.

Previously, the presidential runner-up had become vice president, causing the two highest offices to be held by opponents, oftentimes from different parties. This was changed after the controversial election of 1800, in which candidates Aaron Burr and Thomas Jefferson received an equal number of votes. Jefferson was declared the winner by the House of Representatives. After the passing of the 12th amendment on December 9th, 1803, the Electoral College would now vote separately on the next vice president. The 23rd amendment also pertains to the Electoral College, allowing the District of Columbia to be treated as a state with three electoral votes.

In 1824, John Quincy Adams was elected president by the House of Representatives due to inconclusive electoral votes, despite Democratic-Republican candidate Andrew Jackson winning the popular vote. Speculation arose concerning the influence of Henry Clay, another candidate who was excluded from the final vote. Some believe that he made a deal with Adams to help him win, for he was later appointed Secretary of State.

The election of 1876 was decided by an Electoral Commision, due to disputes on the vote count in three states. The Commision was composed of bipartisan members of the Senate, House, and Supreme Court. In the end, Rutherford B. Hayes was announced victor by just one vote.

Just over a decade later in 1888, Grover Cleveland, the sitting president, was defeated by Benjamin Harrison. Although Cleveland won the popular vote, Harrison pulled through with more electoral votes. Cleveland was reelected four years later.

In the election of 2000, the electoral vote, once again, did not reflect the popular vote. This election came down to Florida, where the votes were almost too close to call. The case was brought to the Supreme Court, which declared Republican candidate George W. Bush the winner of the state, and the election. This pushed him through with enough electoral votes to beat Democratic candidate Al Gore.

Most recently, Trump won the 2016 election with 306 electoral votes, despite Hillary Clinton’s win of the popular vote by a margin of nearly 2.8 million. Though there were many allegations of collusion with other countries, the results were never overturned.

The 2020 Election
Though current president Donald Trump has yet to recognize Joe Biden as the winner of the election, the Democratic candidate won both the popular vote and the Electoral College. Wisconsin, Michigan, Pennsylvania, Arizona, and Georgia were won by Biden, despite having gone to Trump in the 2016 election. There was a concern that, as in the previous election, Biden would win the popular vote but lose the electoral college.

Recent elections have reignited the movement to abolish the Electoral College. Modern technologies have diminished the reasoning for the system, making some people call for change. Feelings of hatred towards the electoral process have grown due to its “undemocratic” nature, as its frequently inaccurate demonstration of the popular vote is viewed by some as voter suppression. It is unlikely that such progress will occur in a timely manner, as a constitutional amendment would be needed to make any change, requiring a two-thirds majority in both the Senate and the House of Representatives. Many democrats fear that the electoral college tends to lean more to the right. In the two most recent Republican presidential victories, in reference to candidates George W. Bush and Donald Trump, the chosen president-elect had the minority of popular votes despite their Electoral win. This will likely cause Republicans to vote against changes to the electoral college, as it tends to lean in their favor.

Disclaimer: This article draws upon coverage from The National Archives, The New York Times, CNN, the White House’s official website, and the History, Art and Archives, United States House of Representatives site.