Can you believe it? This chaotic and exhausting year is finally coming to an end! What better way to conclude 2020 then curling up with freshly baked holiday cookies, festive lights all around, and the perfect Christmas movie! I can already smell the hot chocolate! From a boy running in the airport to confess his love for his crush, to a kid protecting his house from two relentless robbers, these ten movies will get you through this holiday season and end your year with a bang! 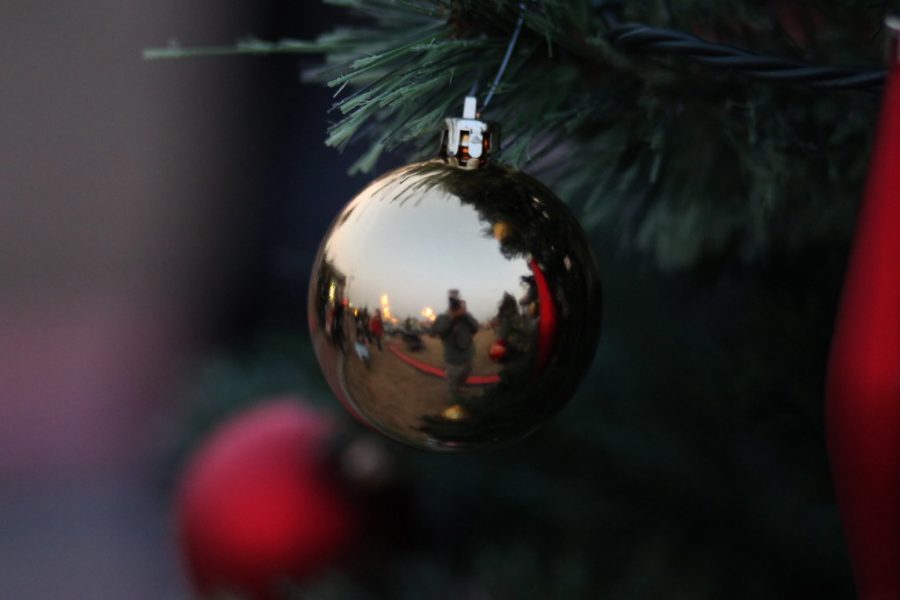 Raised to be an elf by Santa’s helpers, Buddy is accidentally transported to the North Pole as a baby. As he grows up and becomes concerningly larger than the other elves, he begins to reveal different capabilities and characteristics. However, one thing is certain: Buddy is definitely human. Learning that he isn’t like the elves he lives with, Buddy goes all the way to New York City on a wondrous adventure to find his father and the childhood memories that he missed out on. This heartfelt picture takes us through the adventure of reuniting a family and saving Christmas in the Big Apple, all while forcing us to re-embrace the Christmas spirit  and  bring out our inner child.

A mother taking care of Eleven Kids? Who wouldn’t be left behind? As one of the most popular Christmas movies of our generation, Home Alone is a must-watch this season! 8-year old Kevin turns the big McCallister family into a chaotic, disorganized mess. Right before they leave for their winter break vacation in Paris, the McCallister family gets a lesson in how living a disorderly life can catch up to you. Sure enough, they soon realize that they have left Kevin behind in Chicago! When Kevin wakes with his family missing, he has a dance party to celebrate and rejoices having the whole house to himself. However, everything changes when two robbers arrive at the town and try to rob his house, knowing that Kevin is alone. In various attempts to protect himself, Kevin takes us on an entertaining and amusing adventure that includes setting boobie-traps all around his house to protect himself from the robbers and persevering through the challenges of trying to care for himself. This amusing comedy will definitely teach moviegoers the true meaning of Christmas: spending time with family.

This classic comedy tells the story of a couple (Brad and Kate) and the hilarious way they lie to their families so they can spend Christmas on tropical vacations and serene beaches rather than with them. However, when their vacation plans to Fiji get canceled, they must force themselves to do something they have never done: spend Christmas with their crazy families. This selfish couple must plow around to not one, not two, but four family get-togethers and must spend the days with their crazy relatives. When they arrive, Brad cannot wait to escape the wrath of his family, while Kate starts to question her decisions and reflects on whether spending Christmas with her relatives is so bad after all. This humorous and heartfelt movie reminds viewers of how Christmas is all about surrounding yourself with loved ones.

Nine intertwined stories, including a married man having an affair with his charming new secretary, a British PM falling in love with his new assistant, and the infamous scene in which a young boy sprints in an airport to catch his crush before she gets on a plane. All of these well known stories, while following different people in different walks of life, show the one thing that connects us this holiday season: love. This good-spirited Christmas movie is definitely something to save on your DVR this break!

5. How The Grinch Stole Christmas

“Welcome Christmas. Bring your cheer, Cheer to all Whos, far and near.” –How The Grinch Stole Christmas

Demonstrating that he is undoubtedly the mean one, “The Grinch,” a grumpy hermit, is determined to do one thing this holiday season: steal Christmas from the Whos of Whoville. This classic movie is told from the perspective of someone who resents this merry time of year, and lives isolated from everyone else. The Grinch schemes a devious plan to dress up as Santa with his dog, Max, and plans to steal all of the presents from the children in the town. However, completing his mission is harder than he thought, especially after meeting Cindy Lou Who, a little girl with a big heart. This family favorite emphasizes that Christmas is not about materialism, but about joy, benevolence, and love.

This  humorous family picture with American comedic actor Will Ferrell is the sequel to 2015’s Daddy’s Home. Father and step-father duo Dusty and Brad unite to make Christmastime as perfect as possible for their children, especially after hearing that their daughter, Megan, “doesn’t really like Christmas.” Their novel alliance is put to the test when Dusty’s old-school, butch dad and Brad’s kind, friendly father arrive to spend time with this complicated family. A house full of dads, what’s not to go wrong? The four decide to take the kids to an opulent resort for an amusing and entertaining getaway that turns their holiday upside down. This hilarious and chaotic movie will take you through the adventure of reuniting a complex family, all while displaying the joys of being a dad.

Chevy Chase effortlessly plays Clark Griswold in this slapstick, vintage comedy about a dad trying to make the holidays special for his family. Clark just wants everything to be perfect for his wife, Ellen, and his two kids (Rusty and Audrey). The tree, the house, and of course, the decorations all must be PERFECT. The magic really happens when Clark’s deadbeat, freeloading cousin, Eddie, arrives at the Griswold home. Eddie decides to surprise the Griswolds for the holidays by traveling with his family in their RV to visit them. Eddie moves the camper and takes up residence in the Griswold’s driveway. Eddie, played by Randy Quaid, is completely hysterical throughout the movie. It’s not Christmas until you’ve watched this classic and trust me, it never disappoints! This movie will have you reciting one-liners for years to come!

Another fan favorite, The Santa Clause is a family movie starring comedian Tim Allen. Scott Calvin (played by Allen) is a divorced dad that just received custody of his son. After this beautiful moment of father being reunited with son, Calvin does the worst possible thing a man could do on Christmas Eve: kill Santa Claus! Calvin soon gets magically transported to the North Pole where an elf tells him that he must take  on the role of Santa Claus before the next Christmas comes. Thinking that it was all a dream, Calvin goes through the course of the next few months not listening to a word the elf said. However, as he starts to gain an extreme amount of weight and grows a baffling white beard, much like Old Saint Nick, Calvin starts to think that his conversation with the elf in the North Pole wasn’t a dream after all. With Christmas around the corner, Calvin realizes that he has quite a lot of work to do in order to make Christmas memorable for children around the world. This movie does not disappoint!

Is there anything better than Christmas in the Big Apple? This ultimate classic captures the seasonal magic of the Thanksgiving Day parade and tells the story of the legend surrounding Santa Claus. Dorey is responsible for hiring Kris Kringle who will pose as Santa Claus with children at the Macy’s store in Herald Square. Her six-year-old daughter, Susan, is very skeptical of anything having to do with the myth of Santa. Despite this, Mr. Kringle brings all sorts of reindeer magic and teaches this family how to truly love and believe. This heartwarming classic will charm its way into your heart forever and will have you questioning if Santa is even real by the end of it!

Amy, Kiki, and Karla are underappreciated and overworked mothers who are determined to redefine what Christmas is all about. Planning the perfect holiday for their children isn’t hard enough, but now they also have to host and entertain their crazy mothers when they come to visit. This hysterical picture and anticipated sequel to the 2016 film Bad Moms starring actors Mila Cunis and Kristen Bell should definitely be watched this holiday season!