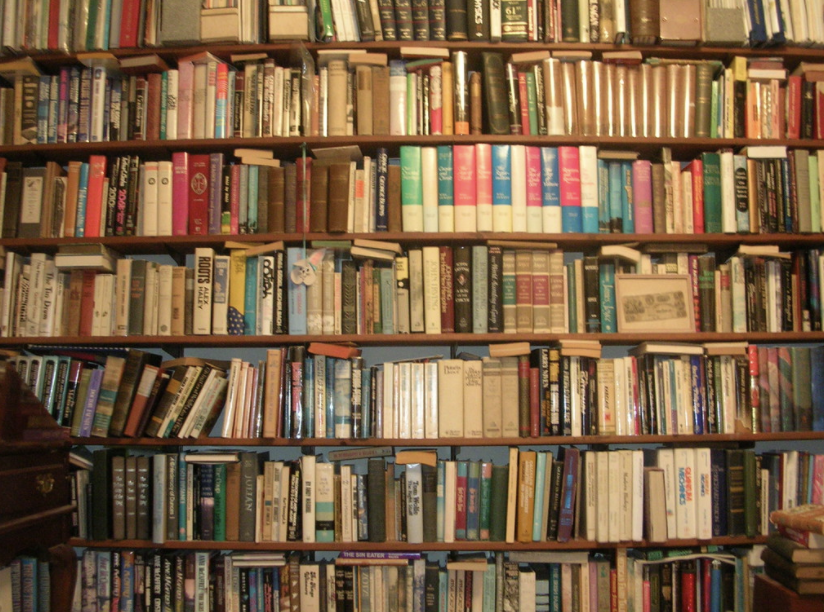 Disclaimer: This article used information from the New York Times, The Los Angeles times, and The Guardian.

Have you already finished everything on your to-do list, binged the hottest TV shows, and baked yourself into a sugary fog?  Don’t lose sleep over it. Books are one of the best ways to escape reality; they can distract us from all of the daily craziness. Here are the top 10 books to read while in quarantine that will change-up your routine and give your days some pizazz.
Top 10 Books:
The Cabin by Natasha Preston:

A New York Times Bestseller, this book will have you questioning everything and wondering, “Who’s done it?” This teen-favorite is written by Natasha Preston, widely known for her unnerving mystery novels. The Cabin focuses on young Mackenzie, a pre-college student, who goes to her best friend’s cabin to celebrate her last days before leaving for school. However, they didn’t have the relaxing and fun weekend they hoped for. The getaway ultimately leaves two of their friends dead, making them all suspects. This shocking read will have you interrogating Mackenzie’s closest childhood friends. Make sure to read Preston’s other books as well, especially the prized thriller: The Lost!

The Ballad Of Songbirds And Snakes by Suzanne Collins:

Published in May 2020, this book is a spin-off and completes The Hunger Games series. Suzanne Collins shares the life story of the vile dictator we all loathe, Coriolanus Snow, describing his years as a teenager in Panem. As Snow is chosen to mentor for the tenth annual Games, he must outsmart the other mentors in order to win and bring glory to his name. This book will change your perspective of the infamous games as you follow every decision Snow makes in order for his tribute to be the last. Will the odds be in his favor?

One Of Us Is Lying by Karen M. McManus:

“Did you think I was joking about killing Simon?…. Now here’s your assignment: connect the dots. Is everyone in it together, or is somebody pulling the strings? Who’s the puppet master and whose the puppet? I’ll give you a hint to get you started: everyone’s lying. GO!”

Set in Bayview High, One Of Us Is Lying tells the story of four stereotypical high school students who become suspects in the murder of their classmate, Simon Kelleher. Before his death, Simon had created an app to share all of his secrets. With countless plot twists and mysteries, this book should definitely make it to your quarantine reading list.

One Of Us Is Next by Karen M. McManus

If you finished the book above, don’t fret, because the highly anticipated sequel is finally out! Based on the bestseller, One Of Us Is Lying by Karen M. McManus, this book is an excellent addition to any reading list! Get ready, because there’s a new murderer with even better gossip at Bayview High… Who will be next?

The Maze Runner by James Dashner:

Teens trapped in a maze with no memory of their previous life, what’s not to love? In this dystopian trilogy, there are leaders, outcasts, and jobs appointed to each, but very few are chosen to be in the idolized “Runner” position. When 16 year-old Thomas arrives at the Glade, he knows that something’s up and realizes that he is in for a long ride. While teaching you survival and leadership skills, this series is highly entertaining right up until the tragic ending.

This powerful page turner is an American crime mystery novel that should undoubtedly make your quarantine to-do list. Written by William Landay, this suspenseful drama is about a family in crisis. When fourteen year-old Jacob is charged with first degree murder of a fellow student, it will have you wondering if you can still love your family, but question their innocence. This character driven thriller will have you guessing right up until the very end. And just when you think it’s all wrapped up, one more sharp twist is yet to come…

After reading, don’t forget to binge the recent television show based on this novel!

In Five Years by Rebecca Serle:

Rated five stars and a New York Times bestseller, In Five Years is a great quarantine pick that should be read immediately! This love story focuses on Dannie Kohan, who has everything figured out and every goal accounted for. However, when she wakes up one morning with a different ring on her finger, Dannie’s life becomes everything but predictable. Will living life perfectly come at the cost of happiness?

The Hate You Give by Angie Thomas:

The Hate You Give tells the story of young Starr Carter, who struggles with her identity while living in two worlds. Starr is split between her prep school, based on privilege and wealth, and her hometown, Garden Heights. As she is stuck between the two, something changes Starr’s life forever, forcing her to find a voice when everyone else is silent.

The popular drama, Little Fires Everywhere, is centered around two families in Ohio; the Richardsons, and single mother Mia Warren and her teenage daughter, Pearl. When the Warrens arrive in town, it creates a tense relationship between the two that could risk everything that the two households have tried to hide… This electrifying novel is full of twists and will keep you itching for more!

The Outsiders by S. E. Hinton:

Here is an oldie, but a goodie, with stories that still resonate today! This coming-of-age novel by S. E. Hinton tells the story of Ponyboy Curtis and his challenges in society. In Ponyboy’s world, there are two types of people that exist, Greasers and Socs. Ponyboy is a Greaser. Greasers live on the outside. They live in poverty and constantly watch their back. A rumble ensues and lessons are learned. This book examines the differences in values and class conflicts, social and economic themes that are still prevalent today.  “Stay gold, Ponyboy, stay gold…”