‘Positions’ by Ariana Grande: A Review 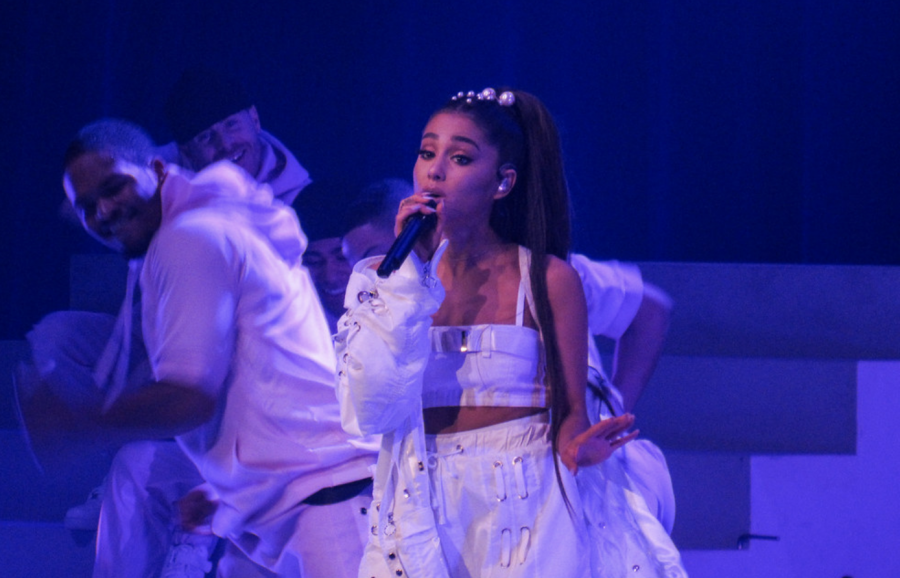 The past few years have been tough for Ariana Grande. After the Manchester Arena bombing in 2017, which left her with PTSD and severe anxiety, the death of her ex-boyfriend Mac Miller in September 2018, and the split from her fiancé Pete Davidson shortly after, it would’ve been no surprise if she opted to stay out of the spotlight. Instead, Grande picked up the fragments of her heart and soul, and poured them all into the album Thank U, Next, which became an instant hit. With every song exposing a piece of Grande’s pain and hopes, some bravado, and optimism for the future, Thank U, Next went double platinum and is one of her most successful endeavors. But let’s bring it back. Her first album, Yours Truly was an R&B-pop album that showed potential, but wasn’t an all-out hit. My Everything, released in 2014, became a facet of pop that year. Dangerous Woman, released in 2016, showcased an Ariana more confident than ever before, her newfound personality shone through. Sweetener, released in 2018, was a breakthrough. It was dreamy, happy, and a breath of relief after the events of the previous year. She finally seemed happy again. But only a month after the album was released, things went south and Thank U, Next was released less than six months later. But she’s done licking her wounds. She’s back, stronger than ever, and she’s waving goodbye to the past; focusing only on her current relationship and the future.

Positions shifts slightly from the pop-trap approach of Thank U, Next and adds in orchestral elements to certain songs with soothing, soft melodies, while keeping the beats. “shut up” is a pretty way to tell off haters, with violins, cellos, and smooth vocals to top it off. “34+35” is filled with innuendos and, while it’s become a popular song, it fails to open up any new doors or add anything to the industry that we haven’t seen before. She manages to superficially make the song sound sweet and innocent while the lyrics are graphically explicit. “motive” is a collaboration with Doja Cat and is upbeat and dance-pop. As some commenters on Youtube joked, this song is sure to be a staple on the radio and commercially. It’s playful but also slightly vulnerable, an underlying theme throughout the entire album. The fourth track, “just like magic” is pop and has Grande hitting several high notes, but still has the trap beats that have become iconic in her work. Her fifth track, “off the table” is self-conscious, vulnerable, and questioning. Grande said this song was from a place of fear deep inside her that left her wondering whether she’d ever be able to love again.

“six thirty” is the sixth track and does change an aspect of language as we know it. She creates a new sort of metaphor by comparing the person described in the song to a time of day, or six-thirty. The seventh track, “safety net” is wary and displays the fear of flying and falling with nothing to catch you. She says, “You’re making me forget my past/Never thought I’d feel like that again/I came to peace with my path/Now you got me off track.” Grande fears of forgetting her past and making mistakes again, but she also recognizes that certain things require you to fall before you can fly. “my hair” is swingy and smooth, featuring some guitar and a low-key beat. The lyrics dive into Grande and her partner’s insecurities, making it vulnerable in a different sense. Track nine, “nasty” begins with some incredibly high falsetto notes, reminding us why Grande was originally referred to as the heiress to Mariah Carey. This song is similar to “34+35” but is less graphic and less explicit, instead opting for metaphor and innuendo. “west side” is a mix of the two major themes in this album, physical love and vulnerability. Grande wants to put everything into this relationship, nothing barred, but also acknowledges the wariness that she and her partner have. The eleventh track, “love language” is a disco-swing song where she talks about her partner knowing her love language and using it as her medication. Track twelve, “positions,” which was released as a single one week before the whole album came out, is Grande affirming her dedication to her new relationship and what she would do to make it work. It’s her signature pop-trap sound with the R&B influences that brought her to where she is today. The thirteenth track, “obvious,” focuses on healing. Grande’s starting to heal again and she wants it to last this time. Sound-wise, it’s mainstream pop and if you didn’t look for meaning, it wouldn’t be all that special. Its R&B influences are stronger in this one and her voice shines. The last track, “pov” showcases the transition from Thank U, Next to now. In “ghostin” from Thank U, Next, she said, “I’m a girl with/A whole lot of baggage.” But in this song she says, “All my baggage fadin’ safely.” This song is an R&B ballad about acceptance, healing, and moving forward. It features violas and cellos, and is relatively quiet, emphasizing Grande’s voice instead.

Overall, this album is solid. However, it fails to be the breakthrough that Thank U, Next was. The sound is still mostly the pop-trap that felt fresh two years ago, but has become widely used. The general consensus places  “pov” on top. The lyrics are well-written, the orchestral pieces are creative, and the beat is subtle. It almost makes me think, this album wasn’t about making hits. It was about showing the world that Ariana Grande is better now. She’s walking lightly and she’s walking into the future.