The junior volleyball star talks about her decision to attend Oregon State University in 2020. 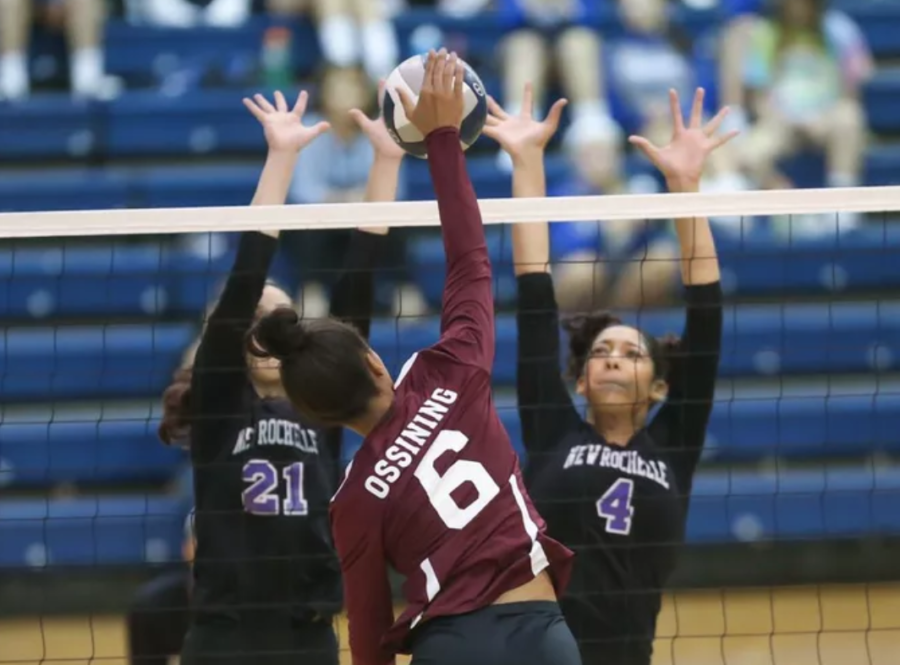 Since she has been in the seventh grade, Mychael Vernon has been considered the face of Ossining Girls Volleyball. Mychael led her team to a Section 1 class AA Championship back in 2016, following a stellar season and one of the best Ossining Volleyball has seen in its history. Her aggressiveness, height and amazing stats have given her many opportunities to be recruited at the collegiate level, and Mychael recently committed to Oregon State University. In a sit down, the 5-11 junior explained her decision, stating, “They have a school of dentistry which was a big one for me because I want to be an orthodontist. Also, they’re very diverse which I liked and then for the volleyball portion they’re in the PAC-12, which is one of the hardest conferences in the nation”. She also commented on her future team describing them as “really nice and super funny. They made me feel at home, very welcoming”. Later she explained choosing OSU as a “huge weight off of my shoulders, especially because the recruiting process is so stressful”. With this choice, Mychael is determining how her life will pan out in the next four years, which can seem extremely intimidating. Yet that is not stopping her from setting high goals for herself. She said, “Hopefully when I get there I’ll be their starting outside [hitter]”, a keen position she has excelled at throughout her high school varsity years. Executing 1,100 kills is a rare feat in the world of high school volleyball.

Lastly, when I asked her about the remainder of her junior season she said, “So far the season is up to a rough start but, I have complete faith in this team, that we can hopefully pull through and make it to [Section 1] finals”. The girls volleyball team has made consecutive sectional finals two years in a row and they are fighting to reach that spot once again, as they came up short last year in a close battle between OHS and New Rochelle High School. Though this team may be different from last year’s, with the loss of a few talented seniors, they are still ranked 4th in Section 1 and have a well-rounded, competitive team, with strong players and a coaching staff to guide them back to the top.